"Being a Good Lawyer Means Being Good to Yourself": The Elder Law Attorney Who Was the New York Area’s COVID 'Patient Zero' Speaks 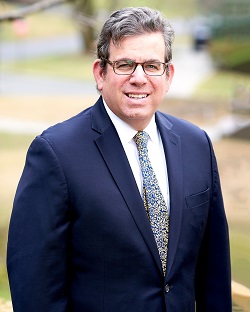 The estate planning and elder law attorney who was the first known coronavirus case in the New York City area is still slowly recovering at home two and a half months after being discharged from the hospital, where he spent three weeks in a medically induced coma.

In a phone interview with Law.com, Lawrence J. Garbuz, who lives in New Rochelle, N.Y., describes going to the emergency room in early March and waking up three weeks later to a world that had completely closed down in the interim.  “[W]hen my family broke it to me that everything shut down, economies are halted and trade and courts are closed … had you told me this a few weeks earlier, I never would have believed it.”

Garbuz is a partner in the Manhattan-based Lewis and Garbuz, P.C., a trust planning, probate and elder law firm.  In February, toward the end of settling a half-billion-dollar estate litigation case, Garbuz developed a cough, followed by a fever.  His doctor listened to his lungs, didn’t like what he heard, and sent him to the ER.  The last thing Garbuz remembers is giving his information to the intake worker.

While in the coma Garbuz developed necrosis in his leg and he describes his current pain level as “intense, intense.”  Nevertheless, he says he’s beginning to do limited work.  “[M]y medical team made it clear that I have to focus on my recovery, even so many weeks after my hospital stay . . .  It’s sort of like you have two hours in the early part of the day to ask me a question, and then I need to focus on rest and recovery.”

In an earlier interview with NBC’s Today Show, Garbuz’s wife, Adina Garbuz, said that one factor leading  to Garbuz’s near-fatal bout with the virus may have been overwork. “He was working very hard,” she said.  “He was very busy and tired, and maybe that contributed.”

Asked how his experience has changed his outlook on his career and the practice of law, Garbuz told Law.com: “Lawyers in particular rush to do everything for the benefit of everyone in the room but not for ourselves. . . . As lawyers, we’ve failed to appreciate the fact that being a good lawyer means being good to yourself.”

State Can Recover Twice from the Same Pool of Settlement Funds

An Illinois appeals court rules that the state can recover from a Medicaid recipient’s estate for expenses paid before she was injured even though the state had accepted a negotiated figure from the settlement and the settlement funds were the...

A roundup of elder law news and practice development articles culled from news sources around the nation during the week of January 12, 2021, to January 19, 2021.

Get case law and regulatory updates
Subscribe to the ElderLaw Updates:

Subscribe to the Knowledge Bank.
Get new article and cases summaries

You have been successfully subscribed to the knowledge bank.

If you would like more information on elder law and long-term care planning go to ElderLawAnswers.com.

Sign up for a free, 30 day trial. No credit card required.